During Facebook's F8 Conference today, Facebook announced some major changes coming to your mobile devices and desktop experiences.  This new layout is the biggest change the we can ever remember.  Some of the key things that are rolling out are: 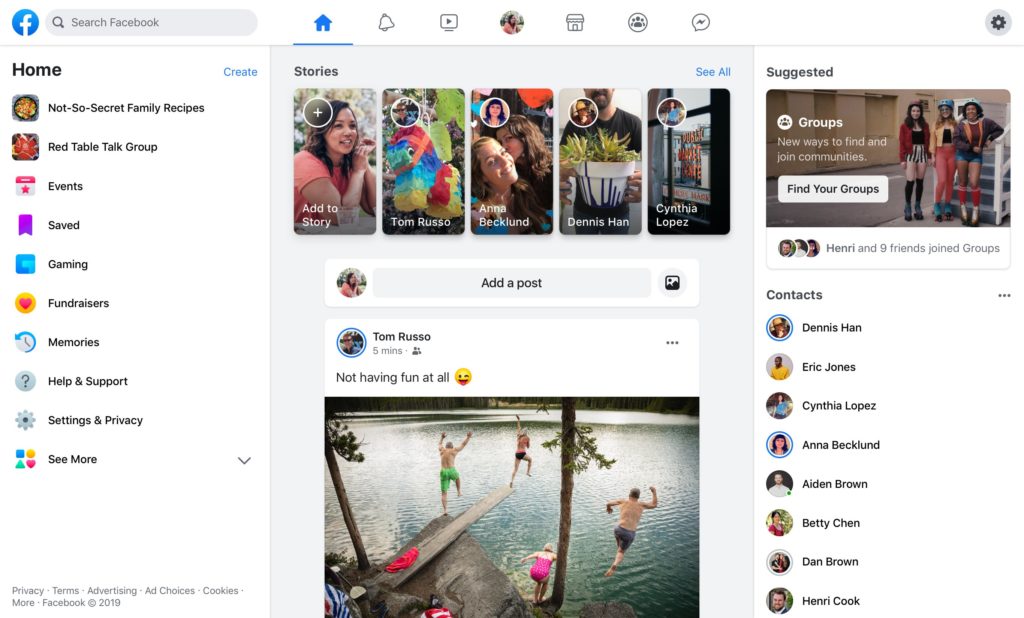 The new Facebook Layout started rolling out to mobile devices today and is expected to hit all desktop users in the next coming months.  You will see a major shift in the layout to be more focused on Groups, Stories and private communications.

Some of the new features include:

Facebook is really beginning to hold Facebook Groups on a pedestal.  If you are not already currently utilizing Facebook Groups for your business, I highly recommend you get on board.

Yes, we are not joking.  Facebook will now have a portion of the platform dedicated to dating and being matched to your crushes... anonymously.

Secret Crush will be a private list that users can opt into and list people they have a crush on.  If that same person lists you on their list as a crush, then Facebook will alert you both that you are a match.  If you never match, Facebook will never alert anyone.

Written by Crank It Media

View all posts by: Crank It Media